Finally! Five TSTL Challenge points into this thing, I got to go to one that I have never written about in some way before. In fact, even though I’d been to Hurd State Park a few times before, I don’t think I’d ever been to this viewpoint before. So exciting! 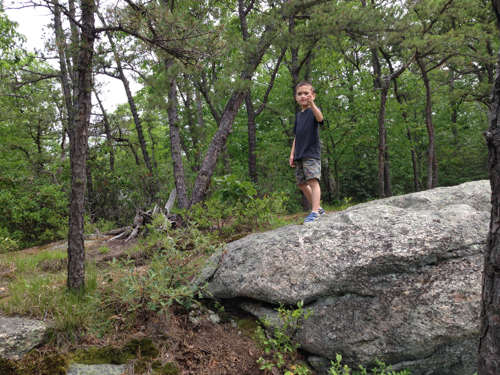 I actually lived in East Hampton for about 9 months in 199… um… 1996 I think? ’96-’97. It was just not for me; way too far away from Hartford for a 20-something who liked to go to Hartford often. Since you’re now wondering, I have officially lived in: Storrs/Mansfield, Mansfield proper, Manchester, East Hampton, Glastonbury, Cheshire, New Britain, West Hartford. I’ve probably had at least 15 different addresses during my 24 years in the state.

Anyway, Damian and I took on this hike on one of his seemingly endless string of days off this summer. This was our first TSTL Challenge without little Calvin or lovely Hoang. This was the hike that determined that only he and I were going for all 14 spots and Calvin would “only” be getting the 10 required for the TSTL medallion.

The hike to the viewpoint is quite flat and easy. The only “challenge” here was getting past the straight-up creepy noises created by the 10’s of thousands of gypsy moth caterpillars in the canopy above, denuding the trees. As we walked, artfully cut leaf pieces continuously rained down on our heads. The leaf litter along the trail was equivalent to what you’d expect in October… except these were just pieces of leaves and they were green. It was weird.

Out near the Split Rock and the view of the Connecticut River, we found some laurel and rhododendron getting destroyed by the caterpillars. Later, at home, Calvin was most upset by missing out on seeing tons of caterpillars… I had a feeling he’d get to see plenty later on in the summer. (I was right, see: TSTL7 – Sleeping Giant.)

Damian did well without his brother on this hike, and I was getting some serious feelings of pride with him continuing this TSTL thing. By George, I think we may finish it! 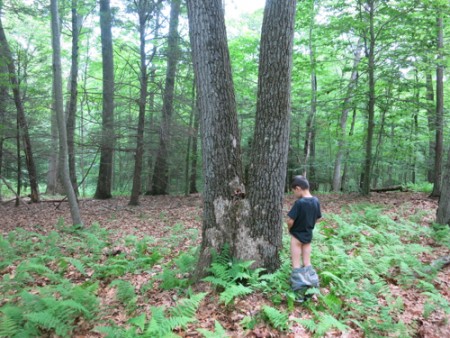 This is actually “big news.” Due to a multitude of sensory issues, Damian doesn’t do this. But he did! (with prompting.) 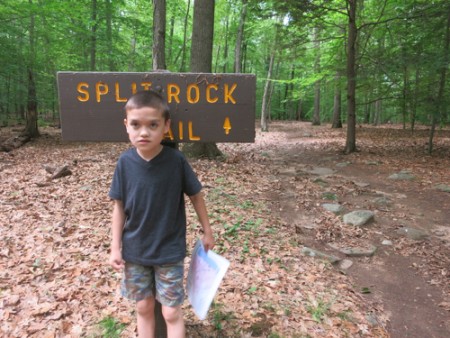 And away we go, map in hand! 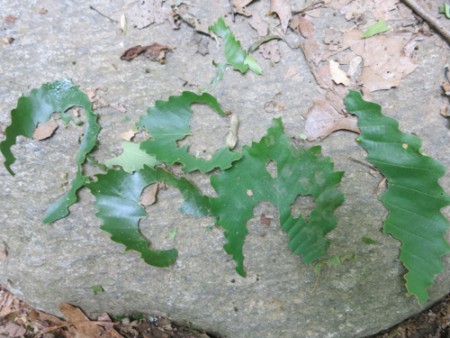 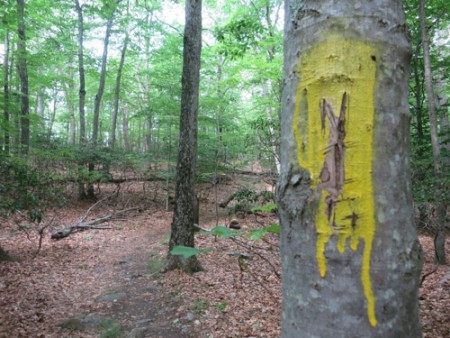 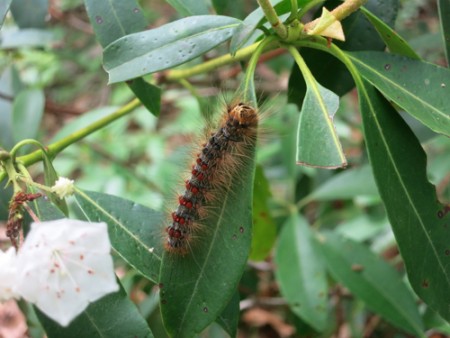 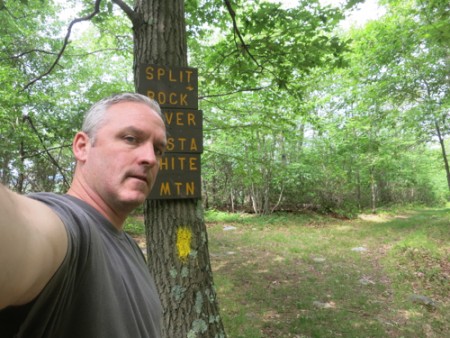 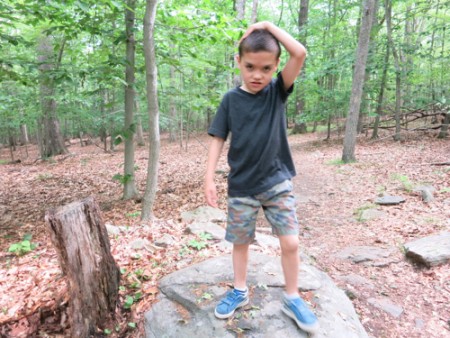 “Hm, what have I gotten myself into?” 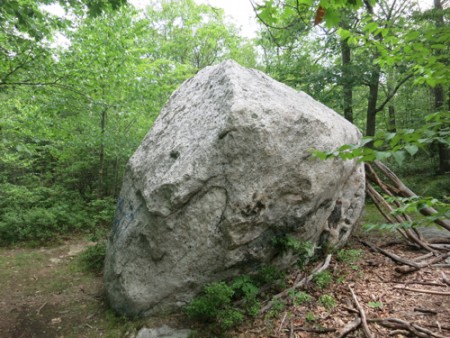 The Split Rock in question 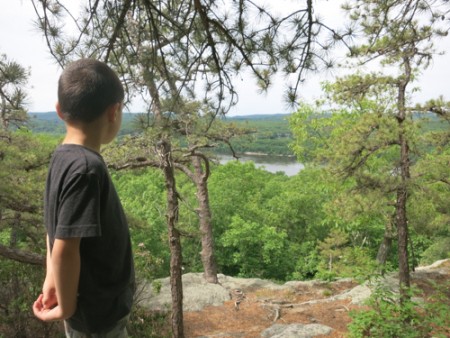 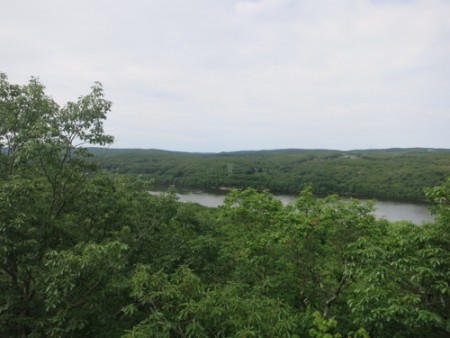 Even though it’s not the greatest view 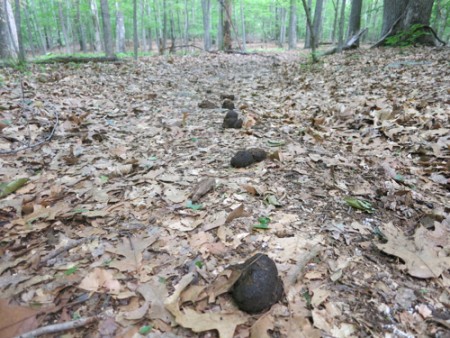 And the hike back down another trail was full of pitfalls 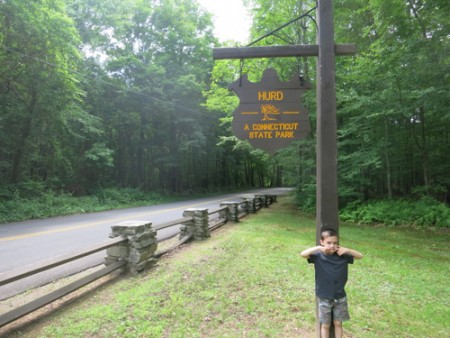