Bissell’s Really Cleans Up My Ferry List
Bissell’s Ferry Site, Windsor/South Windsor
“Site of the Oldest Ferry in the US”

Most Nutmeggers know about the oldest continuously operating ferry in the US that connects Rocky Hill and Glastonbury. About half of them probably know about the other old ferry – the second oldest in Connecticut – that connects Hadlyme and Chester. I’ve ridden and reported on both, here and here. Both cross the Connecticut River and both are rather historic and steeped in lore. 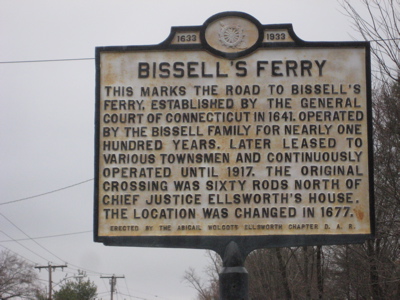 But I’d wager not many know about an even older ferry crossing with an even larger cache: The oldest ferry in the United States; a service that began in 1648, well over a century before there even was a United States. That ferry was Bissell’s Ferry, and it connected Windsor and what is now South Windsor. The ferry service is no longer operational but the old boat launch roads allow us to get a good feel for what it was like here centuries ago.

From Historic Towns of the Connecticut River Valley by George Simon Roberts:

The Bissell family is regarded by historians as the pioneer family of the east side. In 1648, it was granted a monopoly of the ferry, still called Bissell’s Ferry, between Windsor and the hamlet of East Windsor, in the Town of South Windsor. There is a tradition in regard to this grant, that is interesting, if not founded upon fact, as Stiles claims. This tradition is, that John Bissell was sent by the Colony to England, in 1636, to purchase and bring back a supply of cattle as the previous winter had been so severe that many of their cattle had died. Mr. Bissell returned with seventeen cows and a bull and as an equivalent for his services he was granted the monopoly of the ferry across the Connecticut. 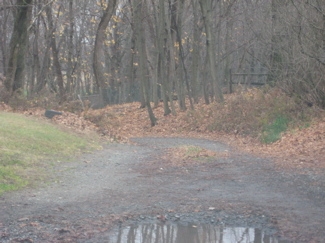 Probably doesn’t look much different than it did in 1677.

It stands to reason that the oldest ferry in the country began in what Windsorites regard as the first town in Connecticut: Their own. 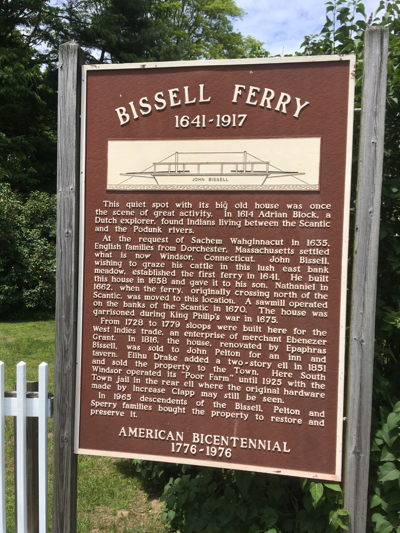 The western landing was just off of Palisado Avenue at the end of the very short Bissell’s Ferry Road. In South Windsor, from Route 194, past the oldest post office in the US (which the Bissells are responsible for as well), and down the lovely Ferry Lane…

The ferry ceased operation after 269 years of service, in 1927. Knowing how much the Connecticut River floods, I imagine this was a rather difficult and spotty service for those first 200 years. 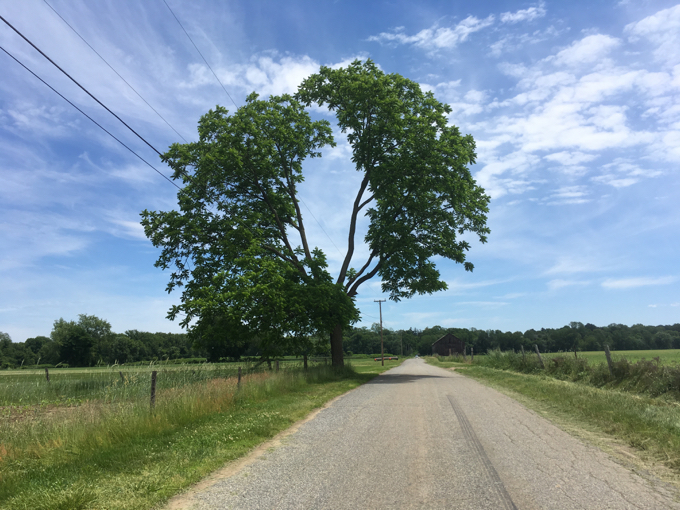 At least now know the origin of the name of Bissell Bridge (I-291) north of Hartford.

For the heck of it, here’s a cool story about a covered bridge that used to span the Connecticut a few miles north up in Enfield. I can’t really think of a better place to link this, so here you are.