Here is my list of everything I’ve done in East Windsor!

I’m very excited to write this page. This is the 19th of what may ultimately be 169 town completion celebration pages! Yes, of course I am fully aware of how absurd that is. But I love it. 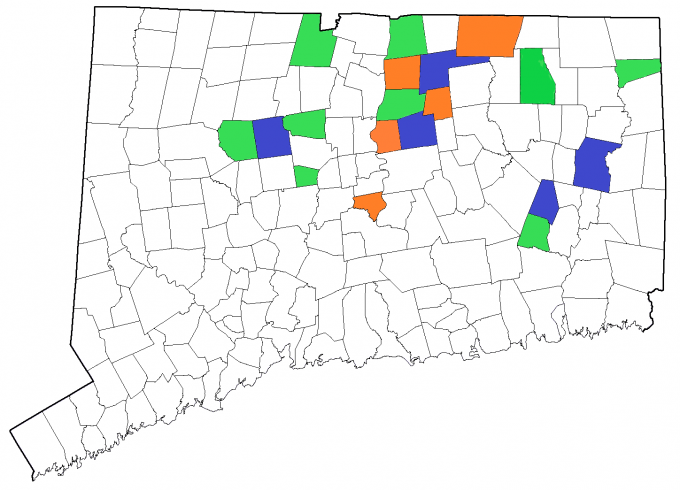 I had a few choices of restaurants at which to celebrate my “completion” of East Windsor, so I asked my friend who lives there. She gave a fairly tepid nod to the Maine Fish Market Restaurant after naming one of the ten breakfast joints in town. (Seriously East Windsor, why do you have so many breakfast places? It’s weird.) 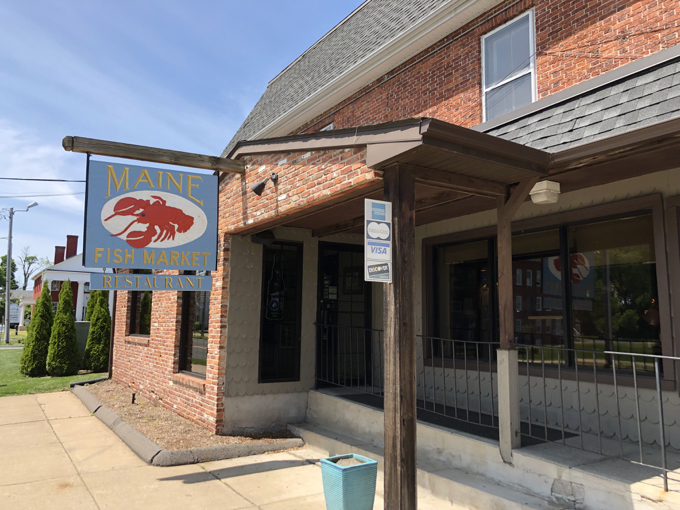 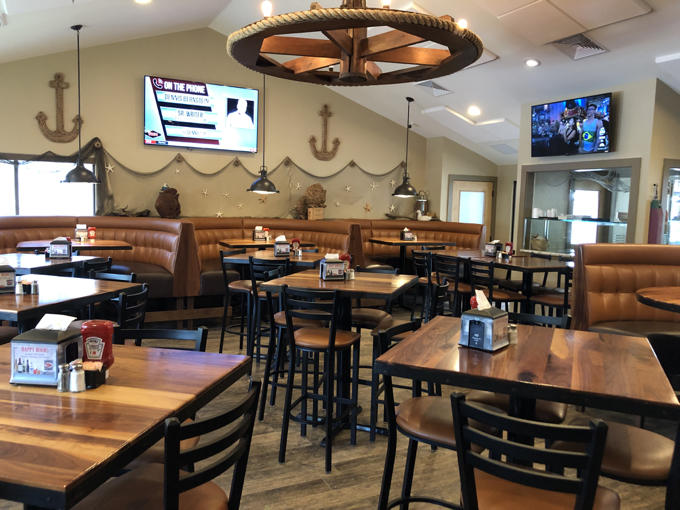 They also have a bunch of non-seafood items on the menu. All the stuff people celebrating 80th birthday parties might want. In addition to that, the restaurant has a full bar as well as a retail store where you can buy lobsters and fish. I liked The Maine Fish Market before I was seated. It was only then that I learned the history:

The Maine Fish Market building is one of the oldest commercial buildings in the state, dating back to 1780’s. The Vamvilis family began a Fish Market in 1980 that had a retail market and served take out fish & chips and other entrees. Nick and John Vamvilis have run the restaurant in the current location since 1986.

Whoa. A seafood lunch and a near-CTMQ-worthy superlative? Fantastic.

I made my way past the anchors and fishing nets on the walls and took a seat. It’s a special feeling being in a restaurant in a town and knowing that I’m the only person there who has done everything there is to do in the town. Visited all the museums, hiked all the trails… if that doesn’t deserve a Maine Fish Market Signature Bloody Mary, I don’t know what does. 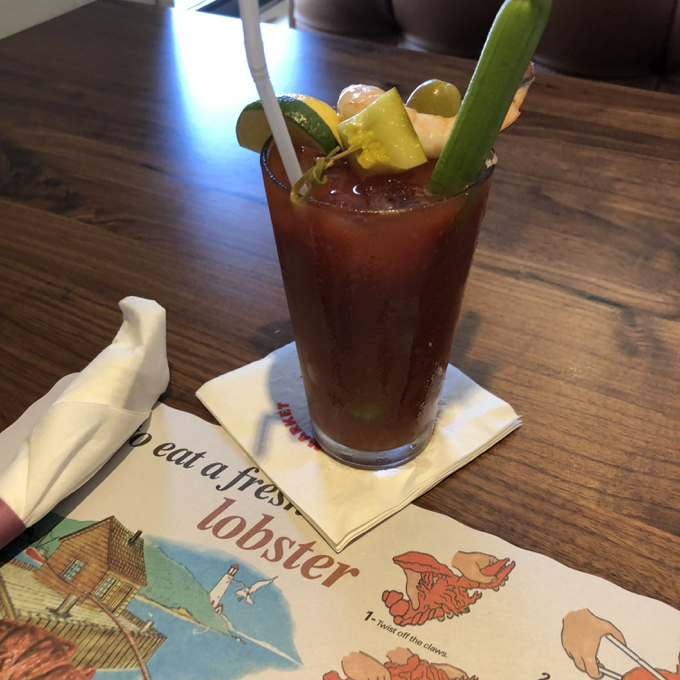 LOL, I love these ridiculous things. I mean, who doesn’t want a drink with a shrimp in it, complemented by some blue cheese stuffed olives? Here’s to East Windsor!

Maine Fish Market boasts a friendly, neighborhood bar where you can enjoy Happy Hour specials, catch a game, or just relax with friends. Enjoy a cocktail, a cold beer, or items from our menu at our bar. WiFi access is available throughout the bar and lounge area. Our lounge has several flat screen televisions and we’d be glad to turn one on to your favorite show or team. Stay and root on your favorite team with our friendly customers and bartenders.

I’m sure those friendly bartenders laugh every time some clown orders the clownshow Bloody Mary. I don’t care. To East Windsor! 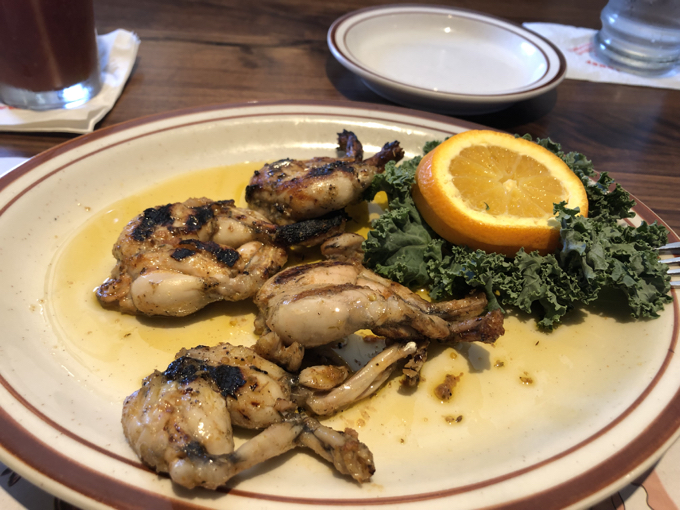 And when at the Maine Fish Market in East Windsor, one must have frog legs. Broiled Cajun frog legs to be exact. I’m not joking and I know that many people shy away from eating amphibians, but hot dang these things are delicious. I don’t know how many restaurants in Connecticut serve frog legs, but more should. These were cooked perfectly and I sucked every bit of meat off the bones.

I followed that with a fried clam roll. The Maine Fish Market does not skimp on the fried clams; my roll had an absurd amount of clams in it – way too many to actually eat it like a sandwich. Perhaps a bit heavy on the breading, but whatever. Fried clams bring me back to my youth; the once every few months dinners out at HoJo’s and the fried clam platters. 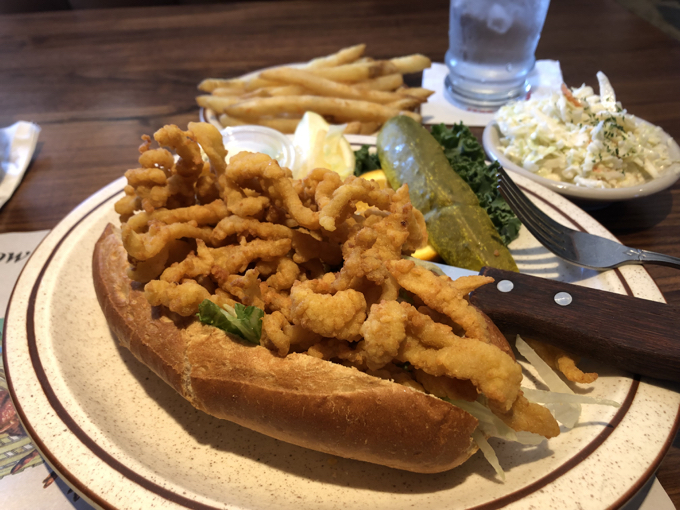 Back then I’d never touch the coleslaw, but now? I love a good slaw. Maine Fish Market’s slaw is good.

I can only assume all of the seafood dishes here are good, based on my small sample and the happiness on everyone else’s faces here. Granted, I was the happiest – having “completed” East Windsor and all – but I am pleased to know that an old school seafood restaurant a hundred miles from the sea still exists and does things right.

Corny décor and all. 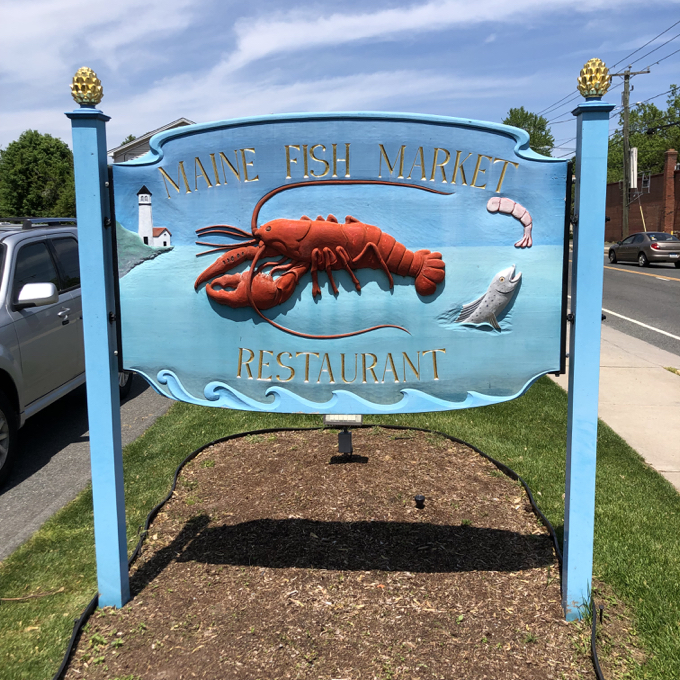 True story: When I had one more place to go to in East Windsor and explained to my wife why I had to race up to the town for a 5-minute visit of the Barber Hill School House because that would “complete” East Windsor for me, Hoang said, “East Windsor? I don’t know anything about that town. Whatever.” Oh, my love, what isn’t there to do in East Windsor? 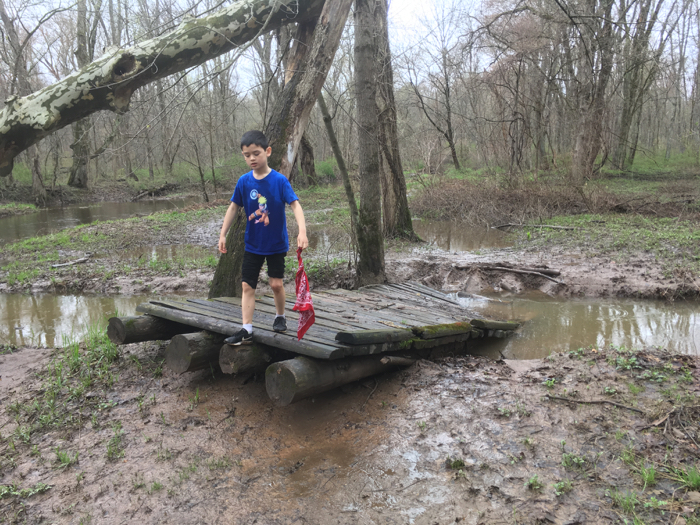 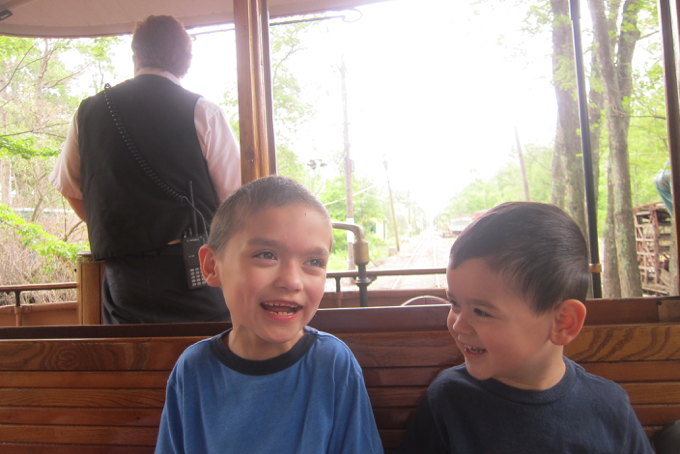 There’s the rather nice East Windsor Historical Society museum complex as well, with some impressive buildings and interpretations if that’s your thing. Broad Brook Brewing was in town but then they left and Problem Solved Brewing backfilled the space and has improved it. It’s a decent little brewery, which is all anyone can ask for.

That’s all well and good but the coolest thing in East Windsor is, by far, Thrall Hall. Unfortunately, the chances of you getting access and a tour are very slim. I do hope that someday it is somehow open to the public, so more people can appreciate the eccentric genius of Ed Thrall. It really is one of the most interesting two hours I’ve spent for this entire website – which if you’re familiar with all I’ve done here, is a massive endorsement. 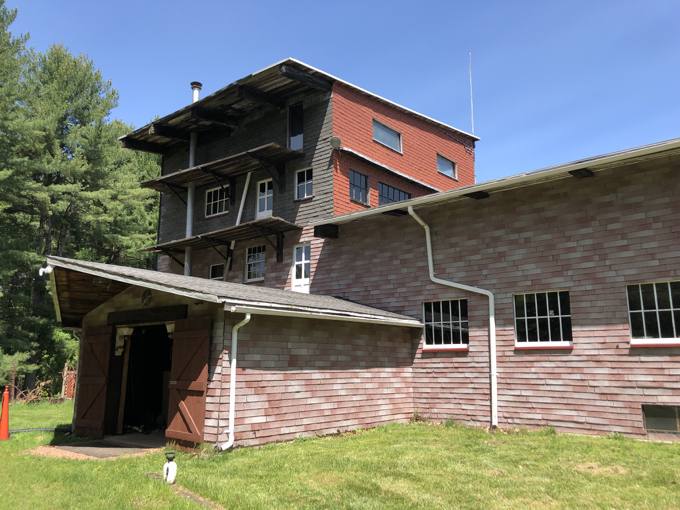 Thought exercise: If I had to send someone to East Windsor for a day… You kind of have to go to the Connecticut Trolley Museum. Then you can have a beer or two at Problem Solved Brewing before exploring, um, some roads! In truth, if you can get a tour of Thrall Hall somehow, which is doubtful, that is by far the best thing in town. In lieu of that, go have another beer at Problem Solved and some frog legs and other seafood at the Maine Fish Market Restaurant.