I first published this page in 2009. The CT Art Trail has gone through many changes since then, and keeping up with it has been a challenge. As such, I can’t pretend that the listing here is 100% accurate at the day and time you are reading this. (I won’t list “Affiliante Members” which are only trail members for a year or so.)

The Trail was launched in 1995 as the Connecticut Impressionist Art Trail, celebrating Connecticut’s ten museums and historic sites which highlighted American Impressionism. Connecticut’s flowing rivers, unspoiled shoreline, bucolic countryside and rural Connecticut villages became a magnet for American Impressionist painters at the turn of the twentieth century. Artists flocked to the state to paint en plein air, forming colonies at the Holley House in Cos Cob/Greenwich (now the Bush-Holley Historic Site) and Miss Florence Griswold’s boarding house in Old Lyme (now the Florence Griswold Museum), which were the cornerstones for the Connecticut Impressionist Art Trail. Such familiar names as J. Alden Weir, William Chadwick, Childe Hassam, Theodore Robinson, John Twachtman and Elmer Livingston MacRae all were part of the Impressionism movement.

Since it began, the Trail has expanded beyond impressionism and has added other museums. I’ve seen some come and go and come back again. I’ve seen “affiliate members” of the art trail now and again. Who knows. Just go to art museums – I promise you’ll be happily surprised.

At some point, the Art Trail people also added 5 spots they call Viewpoints around the state. These are places that have inspired impressionist artists throughout the years and they supposedly have signage explaining the paintings that have been done there. We’ll see. Check it out here. 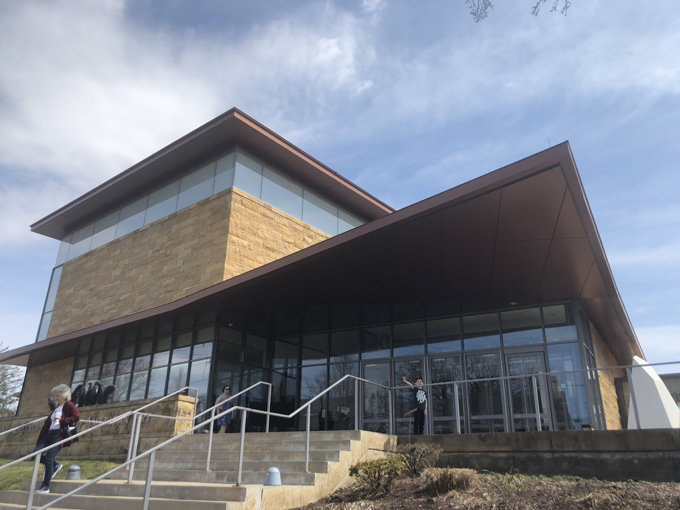