It Starts and Ends with Guns
North Meadow Road, Windsor

I’ll admit it; I’m a bit confused about this page. This short half-paved road in Windsor is supposed to be important. I was led to believe it is important – so much so that I traveled the full length of it to take pictures to complement a robust page about the thing.

I first learned about it from a pamphlet I picked up at the Windsor Historical Society. It details the dozens of historic sites around town, noting, “Once known as ‘Old Country Road,’ this was the first recognized road in the Colony (1638) and was the original route to Hartford, traveling south across the rivulet, down Rowland Lane, and through today’s Loomis Chaffee School campus and through the meadows to Hartford.” 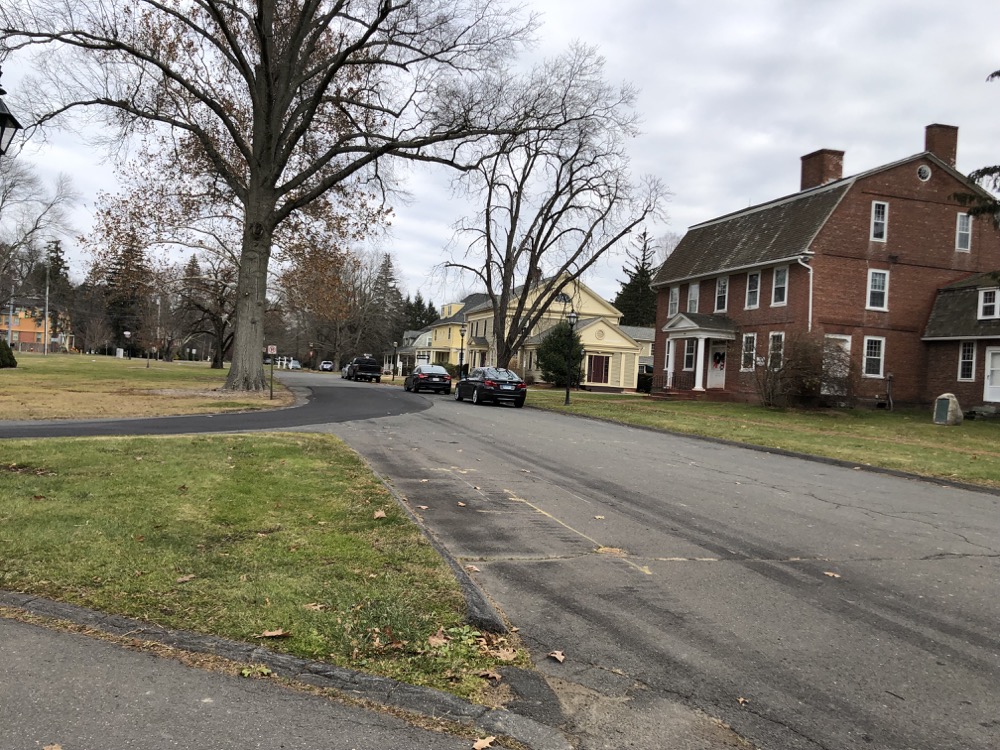 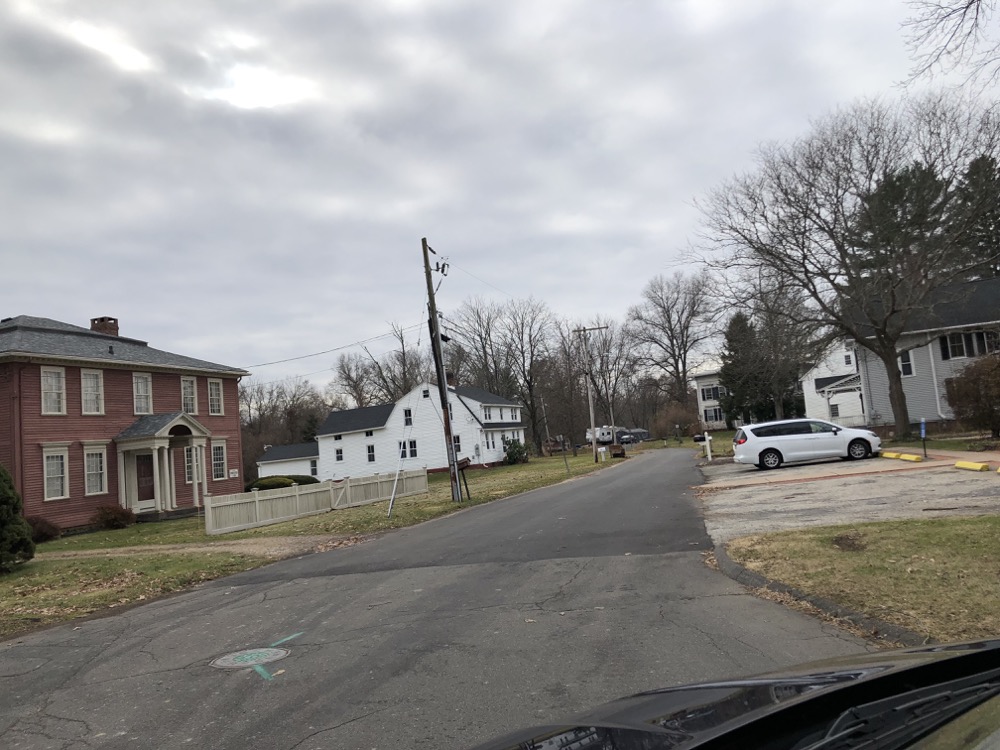 As with all such claims, one must question what is meant by “recognized road” and how it differed from older roads like the Boston Post Road or Connecticut Path. One could argue those were old Indian paths and not “roads built by colonialists for colonialist activities.” I guess I can buy that.

And we know that Windsor was the first town in Connecticut, but that doesn’t mean it automatically had the first road. What is known is that what is now North Meadow Road is a very old road. And I guess it was recognized. 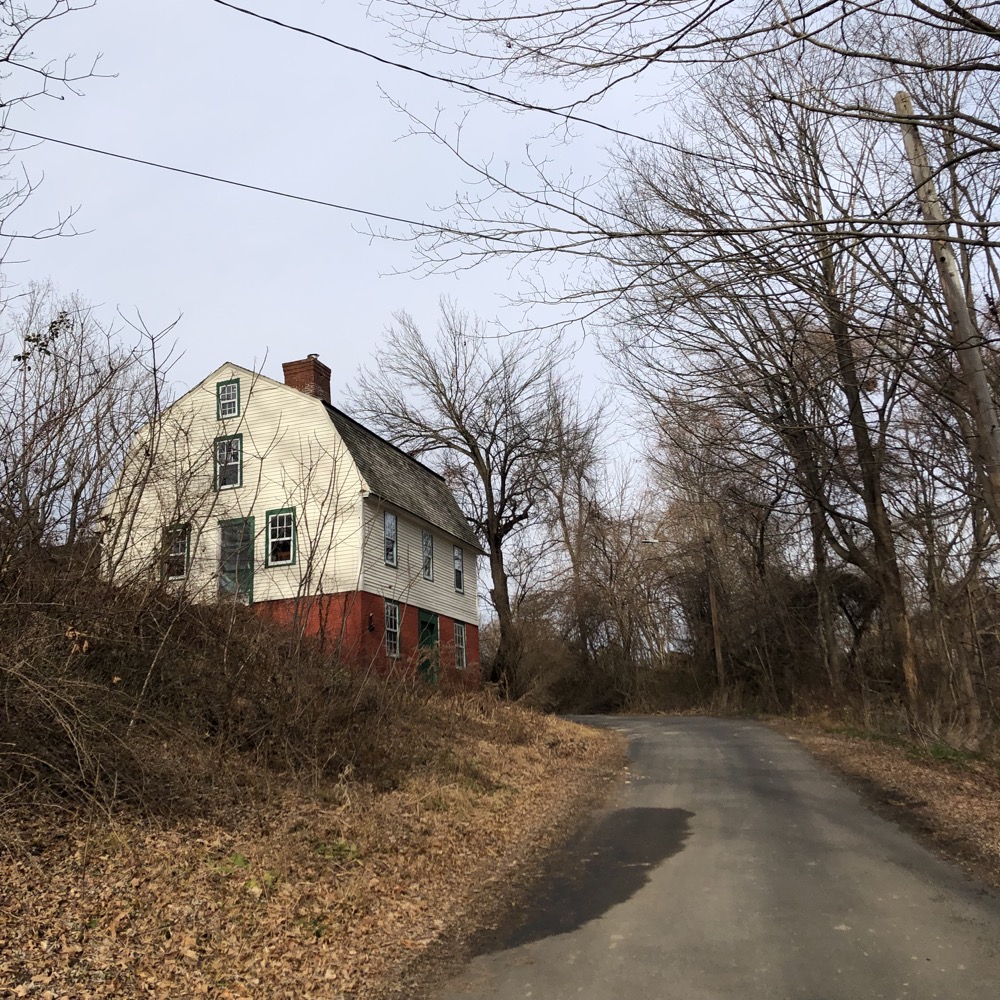 Today, after turning away from the former ferry crossing, the road turns to dirt and passes some cornfields and other farming and construction concerns before unceremoniously ending at a locked gate. It’s all very mysterious, but I can tell you that there’s a sportsman’s club at the end of the road.

Ah yes. “Quiet and peaceful.” Except for the whole shooting guns thing. 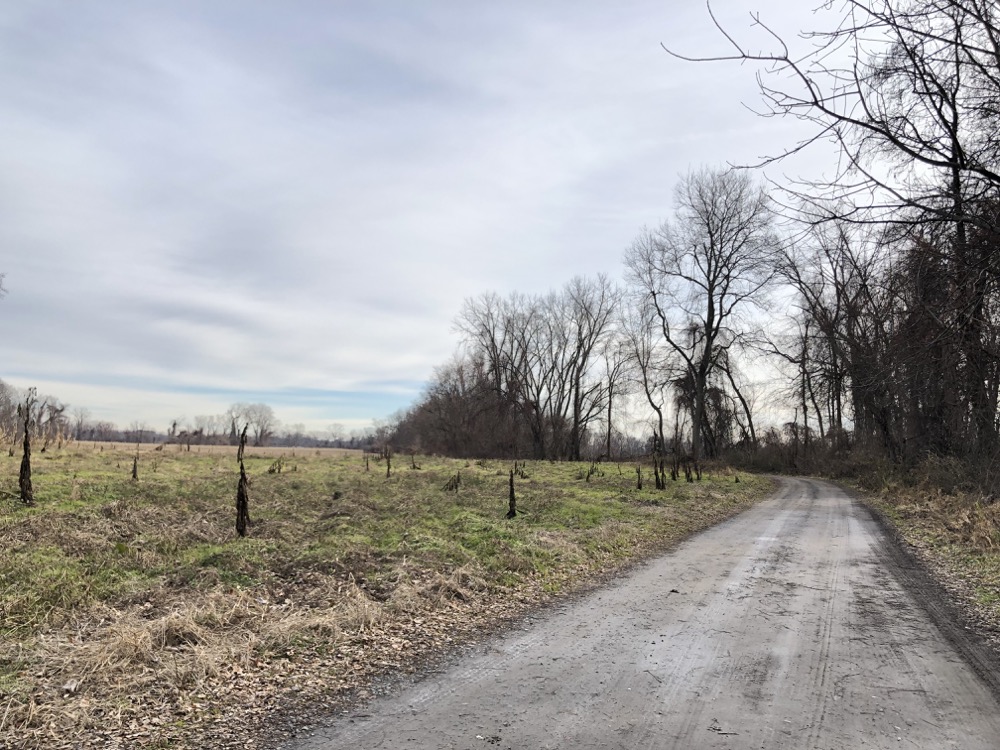 So that’s that, right? Maybe.

When I was poking around for stuff to back up the story of this road, I came across this on the Windsor Historical Society’s own website:

The first public thoroughfare used by the settlers of Windsor in 1633 was an Indian trail between Plymouth Meadow (behind today’s Loomis Chaffee School) and the head of Hartford Meadow near the present village of Wilson. At first it was a simple footpath and was later widened for use by cart and horse. When Wethersfield and Hartford were settled in 1634 and 1635, respectively, and communication opened between “The Three River Towns,” the road way was continued from Wilson south through Hartford Meadow and on to Wethersfield. 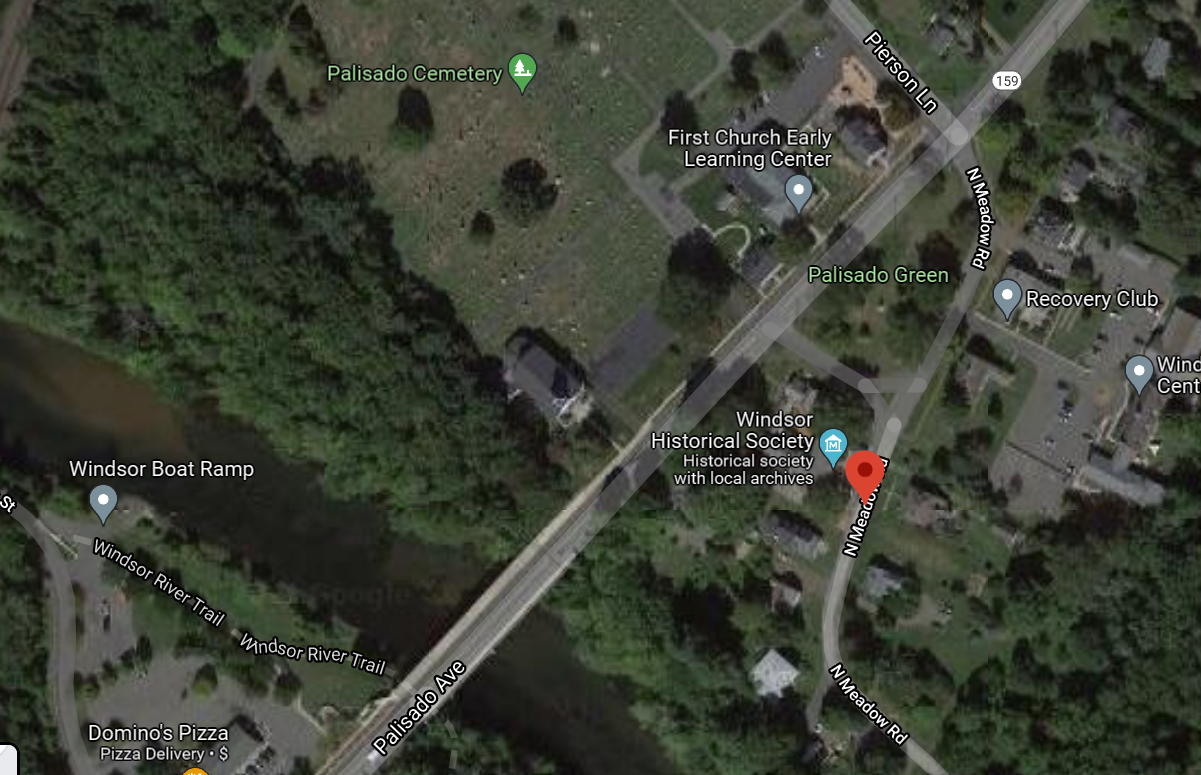 Q. How many things in this photo have CTMQ pages? (Answer at bottom)

This is clearly saying there was an Indian path down near Loomis Chaffee. That expanded and became a “road” to Hartford. Fine, that wasn’t created by colonialists. No issues yet. But it only talks about extending it south into Hartford. There’s no mention of our North Meadow Road – at least a mile north of the place that paragraph is talking about.

So I don’t know. Is this a stretch of the “oldest recognized colonial road built be colonizers for the express purpose of furthering colonization?”

I give it a strong “maybe.” 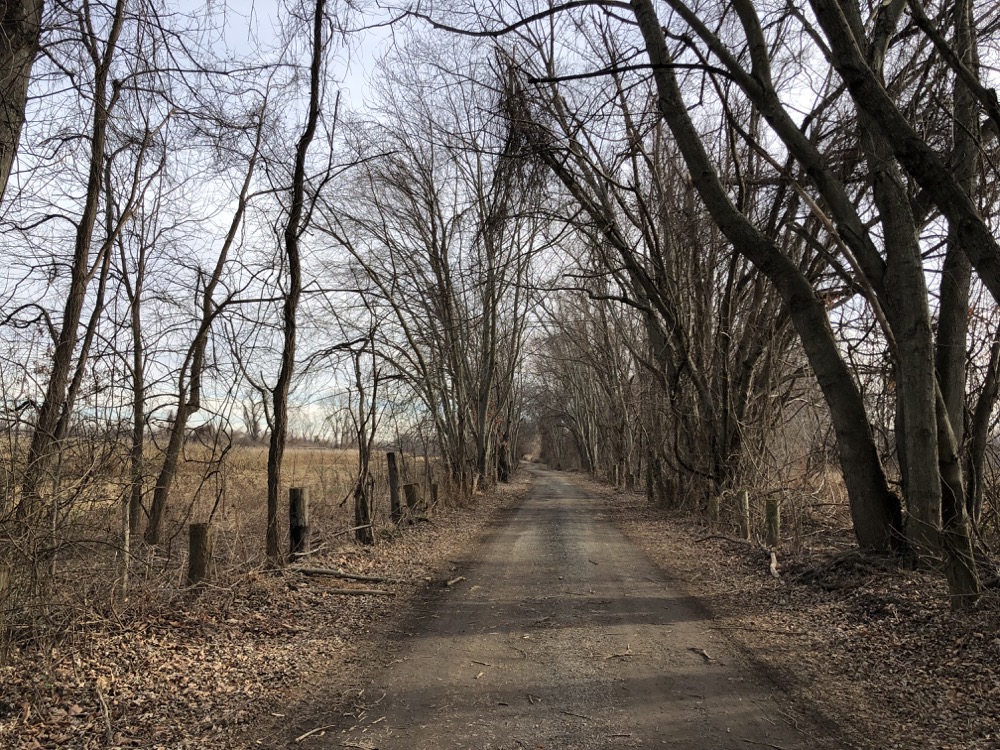 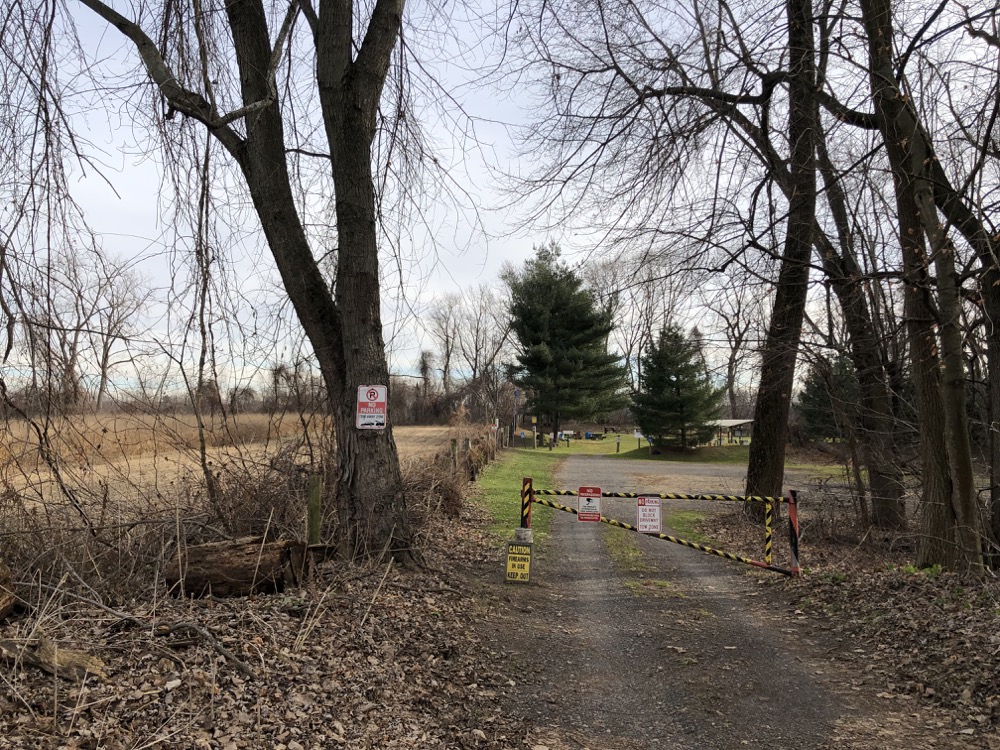