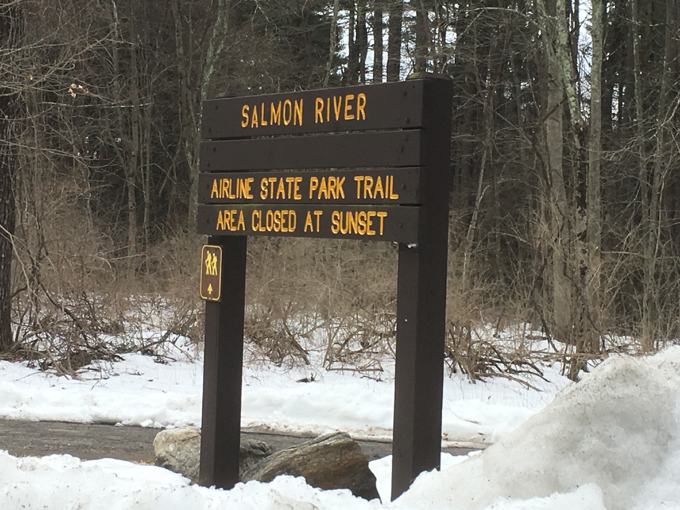 Now we were at the other end, many miles away in the wilds of Colchester. That may sound like a joke, but I’m serious – the Salmon River State Forest east southeast of East Hampton’s Lake Pocotopaug and the windy roads through it over to Colchester can be disorienting. 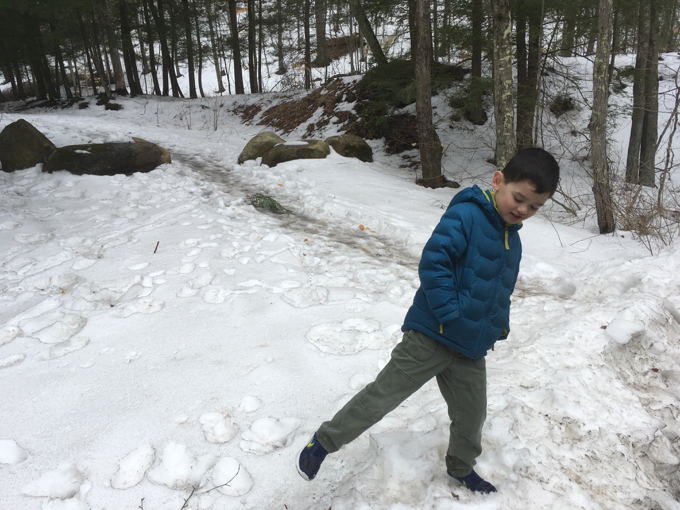 Pretty much the last hike with snow of the 2016-17 winter for the boys.

The boys and I had some other things to do down route 2 so despite the garbage weather, we decided to tackle our eighth TSTL Challenge point of the year.

Actually, if you’ve been following along, I decided at some point to try to complete each of 2017’s Challenges in some sort of adverse condition – since they are so easy to attain this year. 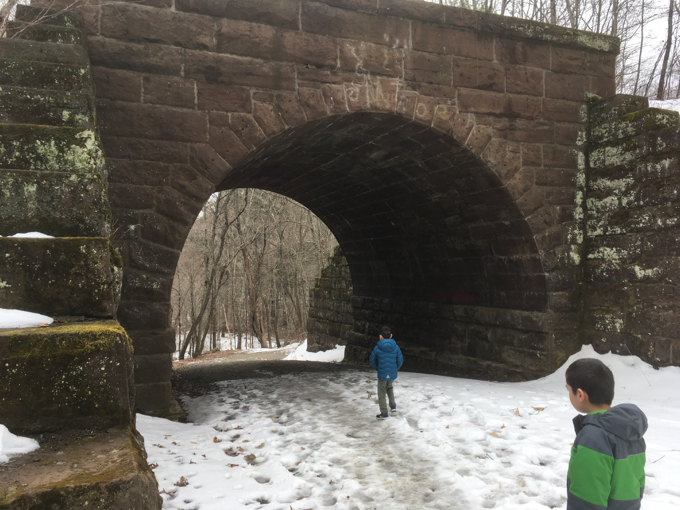 We’ve hiked in deep snow, sub-zero wind chills… fun stuff like that. Today? It was more of a muddy, slushy, yucky slog along the old train bed.

Of course, Damian’s Smith-Magenis Syndrome always presents an “adverse condition” no matter the weather. I don’t really write about it much anymore, even though almost every hike – even super short ones – always begin with four-to-seven minutes of SMS behaviors. 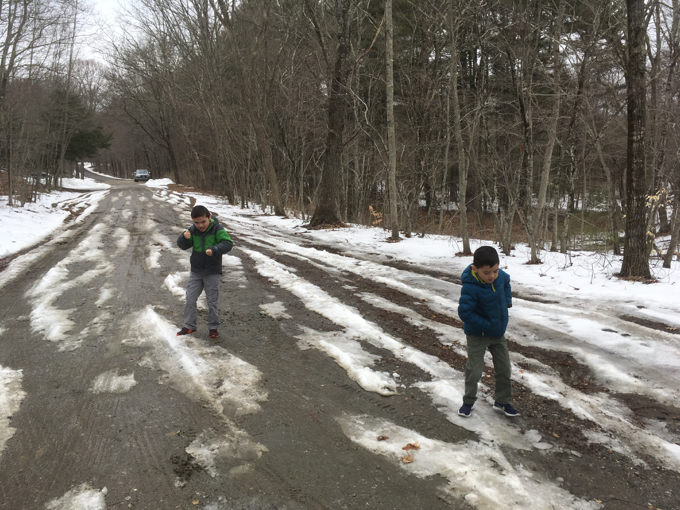 Calvin doesn’t even notice anymore, but man, it’s frustrating. Except when he’s making fun of him: 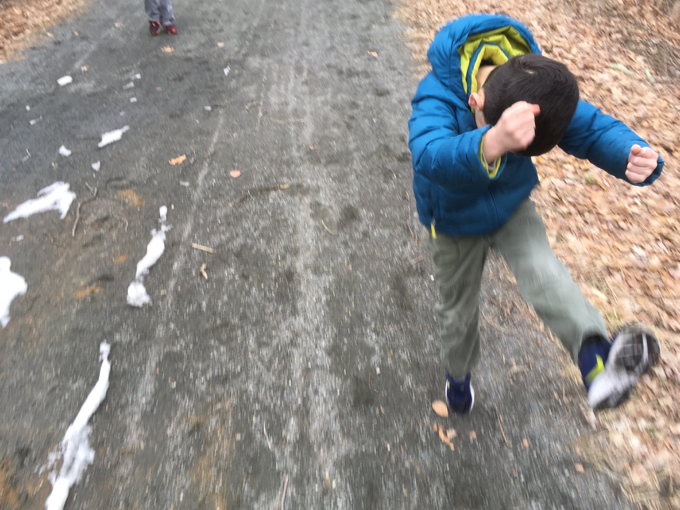 To make this challenge more challenging, we decided to scale the steep embankment next to the old tunnel rather than walking up the pleasantly graded pathway from the parking lot. 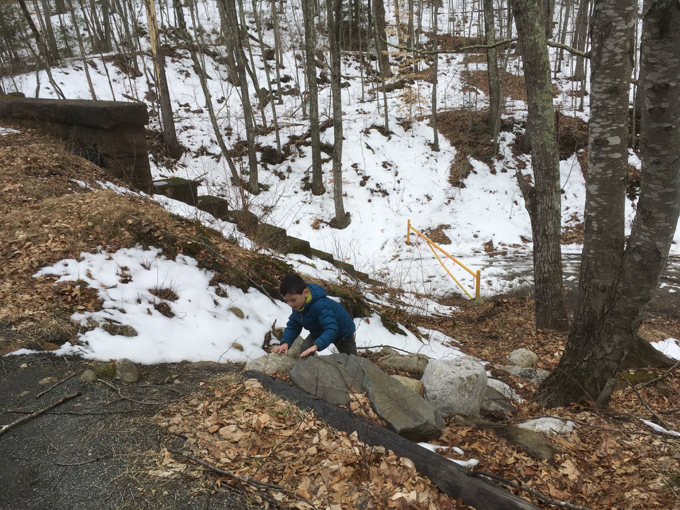 Once atop the rail line, we merely walked the straight and flat path to the bridge. The only challenge was trying to keep my boys from stepping in mud puddles. 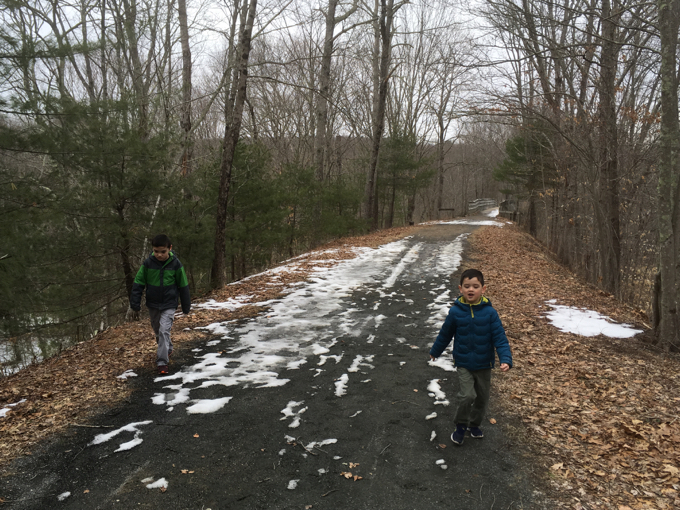 The Blackledge River Railroad Bridge is a riveted steel, double-intersection Warren deck truss. Originally constructed in the 1870’s by the New York and Boston Air Line Railroad and rebuilt in 1912 to increase flood clearance and load-bearing capacity. The Bridge is on the National Register of Historic Places. 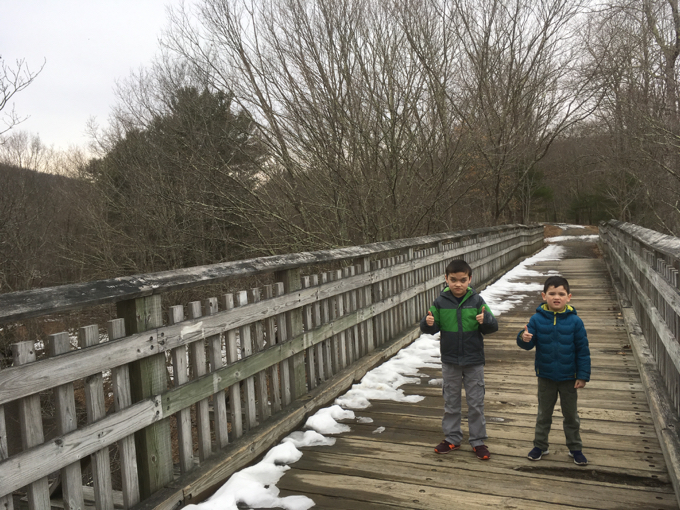 Not content to just walk back to the car, Calvin and I wanted to check out the trusses from below. I’m sure that scrambling/sliding down this quite steep “trail” is generally frowned upon, but… eh, what am I gonna do? 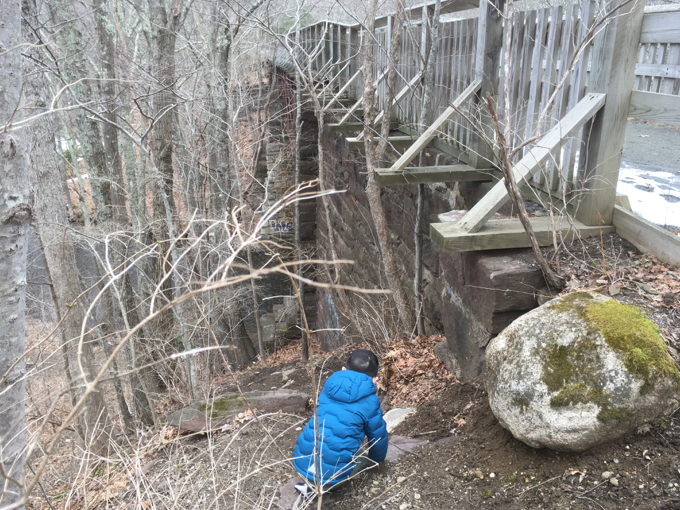 We didn’t go all the way to the bottom as it was too slippery and Damian was still waiting patiently up top. But we did gain an appreciation for the size of the bridge, which is much more impressive than one would think while cycling over it. 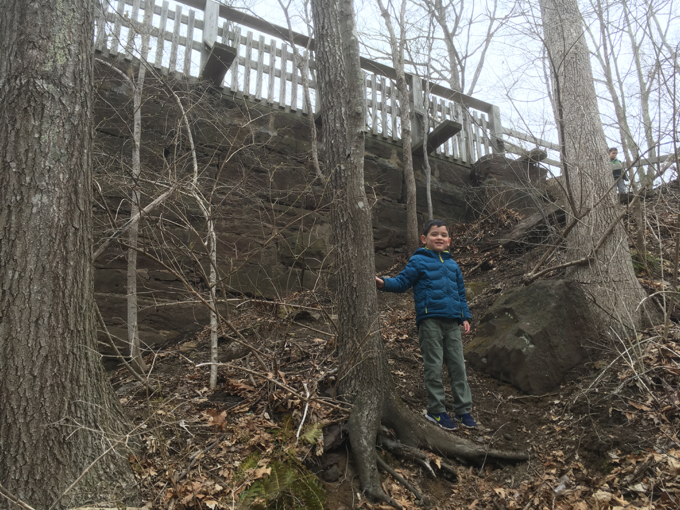 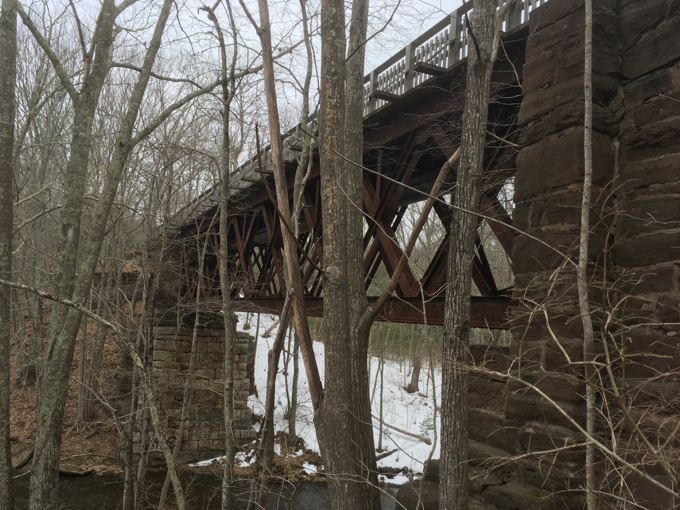 We scrambled back up and retraced our steps back to the parking lot. Everyone’s feet were relatively dry, which was the true challenge for me on this trip.

Chalk this one up as a win. 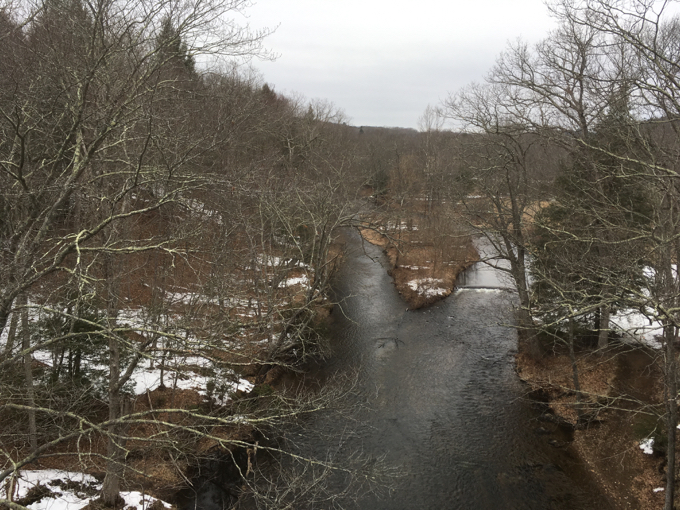